﻿’The Bridgertons’: Will The Second Season Focus On Anthony?

One of the things that made us happy at the end of this bitter 2020 has been the arrival of The Bridgertons on Netflix, which came to our screens on Christmas Day as if it were manna from heaven, just when we needed it most.

The first season of the series has been a success, becoming one of the most talked about topics on Twitter and one of the best Netflix releases just two days after its debut. Based on a world-bestselling series of historical romance novels by Julia Quinn, The Bridgertonsfocuses on the story of Daphne Bridgerton, the sheltered but energetic eldest daughter of a powerful family from the Regency Period in the UK, whose tumultuous journey through London’s ruthless marriage market leads her into the arms of an unlikely loving couple.

Fans of the series clamor for a second season, but for now Netflix has not made anything official. If you are worried that the future of the series is hanging by a thread, do not despair just yet, in fact, a key detail in the end of the first season suggests that there are many more love stories ahead that could star a second installment.

Have The Bridgertons Been Renewed For A Second Season?

The answer is simple: not yet, but everything indicates that there will be a second season. The tremendous popularity of the first installment of the series suggests a quick and logical renewal, as well as Netflix’s deal with Shonda Rhimes valued at nothing more and nothing less than 150 million dollars.

Admittedly, we’ve seen strange cancellations of other series in the past (rest in peace, Away ), but we can hardly imagine Netflix letting a series die that has worked great for them, especially after the much-vaunted Rhimes deal.

In addition, there is more promising news in this regard, since in a Production Weekly production listing it was stated that the second season of The Bridgertons will begin shooting in Uxbridge, England, in March 2021.

ALSO READ  What Does The End Mean For Season 2 Of “Invisible City”?
ALSO READ  Sweet Magnolias Season 2 Swept Audiences Away To The Charming Town Of Serenity, South Carolina.

But, taking into account that the pandemic of As COVID-19 continues to disrupt film and television production, Netflix’s confirmed filming plans may well be spoiled, but its apparent commitment to begin filming in 2021 offers hope for a second season.

It should also be noted that the entire cast of actors and actresses is eager to return, especially considering that two of the biggest stars, Phoebe Dynevor (who plays Daphne Bridgerton) and Regé-Jean Page (who plays Simon Basset), will confirm that they are eager to reprise their roles. Nicola Coughlan, who plays Penelope Featherington, commented on Variety : “We all hope it gets renewed. We have loved doing it and the response has been so much better than we expected. But until the Netflix gods come down and bless us, no we know”. 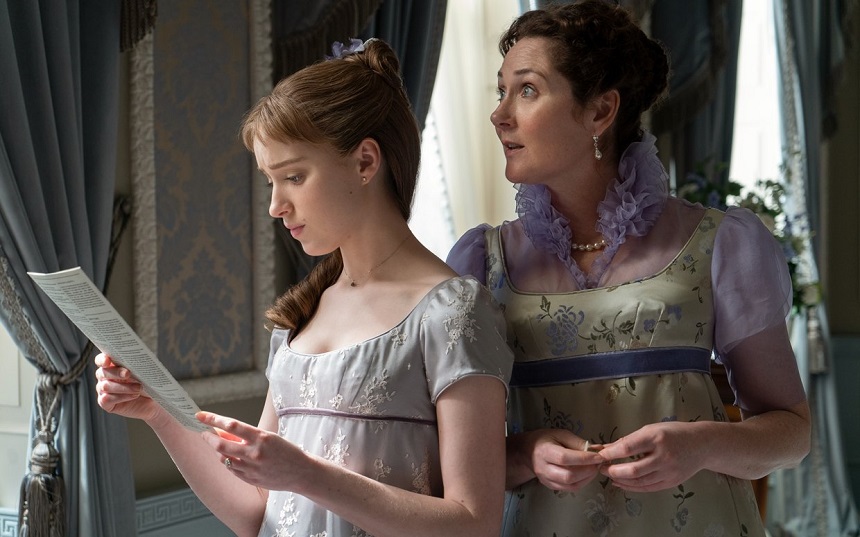 What Would The Second Season Be About?

Luckily for fans of the series, Quinn’s novels offer an insightful plan for The Bridgertons to move on to other plots. The first season vaguely recounts the events of “The Duke and I,” the first novel in the literary saga, thus suggesting that a second season might adapt the second novel, “The Viscount Who Loved Me.

” Each of the eight novels focuses on the life and love stories of one of the Bridgerton family siblings, and all eight are arranged in alphabetical order. With such a large cast of characters and such a broad canon of reference material, Netflix could continue to adapt the Bridgerton saga for decades.

“The viscount who loved me” therefore changes the main character, who happens to be Anthony, the oldest of the eight Bridgerton brothers. The last time we saw Anthony at the end of the first season was after the final end of his love affair with Siena, the opera singer.

He goes on to declare his intentions to find a viscountess, informing Simon and Daphne of his commitment to marry out of duty rather than love. “I’ve finally determined the difficulty: love itself,” says Anthony. “Removing him from all love relationships will make me much better in that regard. There will be no more distractions from my responsibility or straying from the sensible path.”

ALSO READ  Sweet Magnolias Season 2 Swept Audiences Away To The Charming Town Of Serenity, South Carolina.
ALSO READ  What Does The End Mean For Season 2 Of “Invisible City”?

That life has other plans for Anthony will come as no surprise to lovers of the romantic genre. In “The Viscount Who Loved Me,” the elusive bachelor Anthony becomes a sensible candidate to start a relationship, but soon falls in love with his fiancee’s protective older sister. The rest is history, but in the eyes of the most insightful viewers, Anthony’s long and winding road to true love begins to come true at the end of the show’s first season.

What About That Bee?

In the closing seconds of the first season, the camera followed a bee buzzing on the windowsill of Daphne and Simon’s bedroom. Fans of Quinn’s novels surely recognized why, particularly in “The Viscount Who Loved Me,” where the prologue reveals that the Bridgerton family patriarch, Edmund Bridgerton, died at age 38 from a fatal bee sting. Anthony, who was eighteen at the time of his father’s death, developed a tremendous phobia of bees from there, and remains convinced that he too will die young.

We’re not doing any more spoilers for “The Viscount Who Loved Me”, but rest assured that bees are an instrument to unite Anthony with his one true love. Although the scene itself might seem inconsequential a priori, the brains behindThe Bridgertons couldn’t have left a more potent Easter egg when it comes to envisioning a future second season.

Here we will tell you everything we know about a possible new season. If Lady Whistledown breaks the good news of a second installment, we’ll make sure you’re among the first to know.