After Life Season 3: Release Date, Cast And But Would A Child Enter His Plans?

Ricky Gervais has created his little world in the fictional town of Tambury, one where his characters have completely conquered their fans on Netflix. There are still a lot of open plot lines and unanswered questions, so we hope there will be a third season. But will it happen? And if it happens, when will we have new episodes of ‘After Life’?

Well, it hasn’t been confirmed yet. Anyway, Ricky Gervais has talked a lot about where the story could go. He recently said that the series could end after the second season, but not without a special chapter. Although he has not ruled out the third either.

In a press conference with the media, Gervais clarified his position: “I don’t know anything about season 3. What I will say is that, for the first time, I want to do a third season because the world (of the series) is very rich.”

I love the characters and I adore all the actors. I love my character, the city, the songs, the dog So I would do a third one. But there has to be a real need to ask for it. I’m not just going to do it.

It remains to be seen if Gervais will break his habit. Let’s not forget that his ‘The Office’, ‘Extras’ and ‘Derek’ ended after two seasons.

It seems that it has a condition for it to be so.

If the second season goes well and Netflix calls me and says, “Listen, it’s gone, everyone loves it, we would love to do a third,” then I will. But I will not do it because yes, I will not do it for the money or because I want another little bit of the series, another three hours. It has to be that people want more. 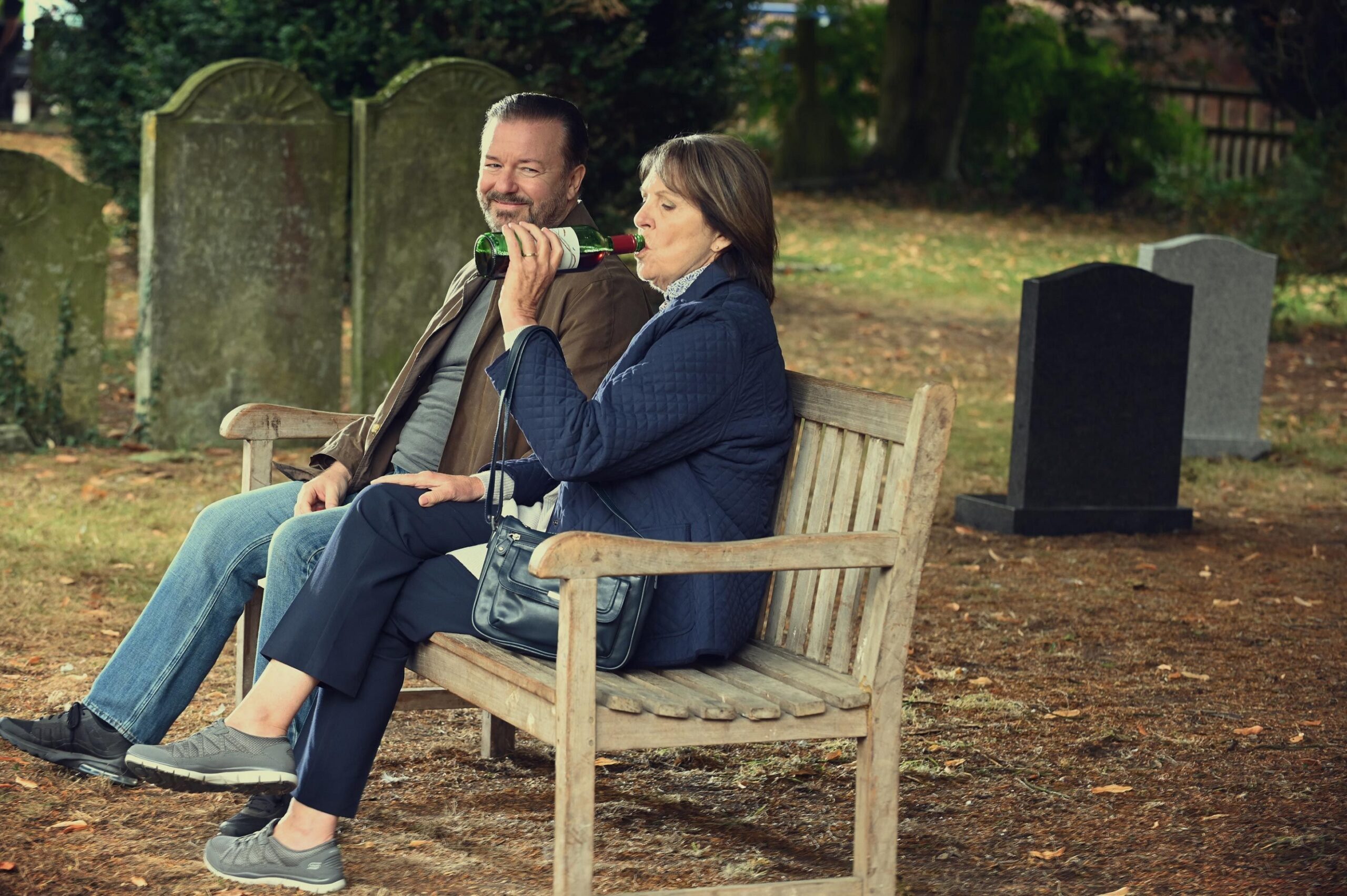 It goes without saying that if the series returns, Ricky Gervais will return with it. It is his creature after all. Another fundamental person for the rest of the story is Lisa (Kerry Godliman), although she is dead, her story is the one that has the most impact in both seasons. Gervais confirmed for Digital Spy that Kerry Godliman would return to the cast: “I think Kerry didn’t realize how important her character was when we started, it grows and grows.”

In season one, of course, it explains why he was the way he was, and it gives him sympathy. In the second, we realize what he lost. It was the perfect relationship and the funnier it was, the sadder it is now. It is such a rich plot that of the woman who lost, with all that guilt, to move on or face her against another. She’s dead, she can’t fuck with you. Do you know what I mean? It’s like who can compare to this perfect woman? You will never make a mistake. It was a great plot for someone going through grief and depression. That makes a good mix between drama and comedy.

Season two deepened Sandy’s arc quite a bit, something Mandeep was delighted to do. Again for Digital Spy, he talked about family difficulties that his colleagues are not aware of:

ALSO READ  Tribes of Europa Season 2: Release Date, Plot, Trailer,Characters And Everything We Need To Know Is Here!!!

I loved her background, seeing her family and her situation. It’s at a low point and it’s important to show it, and Ricky allows the show to do that because a lot of people go through it in their lifetime. We go up and down, and it was great to do that.

That’s just one thread to pull, but there’s so much more to dig into for a third season. According to Mandeep: “If there is a third season, I would like Sandy to move up, I want her to have a few wins. I don’t know which ones, which Ricky decides, I guess. But it would be great to see a change in her life and see what happens to her. plus”.

For Pat and Roxy, actor Joe Wilkinson has shared his hopes for hypothetical plots:

I think it would be nice if Pat and Roxy settled down. Do you know what I’m saying? That they had a romantic relationship.

But Would A Child Enter His Plans?

That would be fine. It would give them a bit of family unity because that hasn’t gone quite right. It would be fine, and for them to win the lottery. Five numbers and the bonus, about 200 of the big ones. That would also be fair, right?

Well, let’s hope Ricky Gervais has taken notes for his Season 3 script. We are full of it.

Seasons 1 and 2 of ‘After Life’ are now fully available on Netflix.