Bridgerton: What’s Next In Season 2

We just finished watching the first season and we are already wanting to know how and when the second will be. This series had many points in its favor: the story, based on the saga of romantic novels written by Julia Quinn, despite being vintage, the tone (who did not remember Gossip Girl ?

The aesthetics (both of the sets such as costumes), the cast, and the protagonists, who managed to cross the screen Phoebe Dynevor (Daphne) and Regé-Jean Page (Simon) made us live with them a story of seduction and love in the best style of Jane Austen Producer Shonda Rhimes seems to have found all the ingredients to create a hit with audiences while also receiving the best reviews.

Where did the story go? (Spoiler alert!) The lead couple achieves a happy ending, which is likely to fade into the background. For their part, the rest of the characters were left with an open ending: the rebel Eloise (Claudia Jessie) is about to be presented in society, which makes her fear for her freedom since she dreams of being a single and independent writer.

His young brother Colin (Luke Newton) made the decision to travel the world, and we do not know if at some point he will return to express his love to Penelope Featherington (Nicola Coughlan) while Anthony (Jonathan Bailey) decides to give up love to take responsibility. as the first-born of a family with an absent father. Benedict (Luke Thompson), the artist of the family, feels more and more attracted to a different lifestyle,

ALSO READ  Loki Will Have Season 2 On Disney Plus
ALSO READ  When Is The Fourth Season Of Cobra Kai Coming Out? 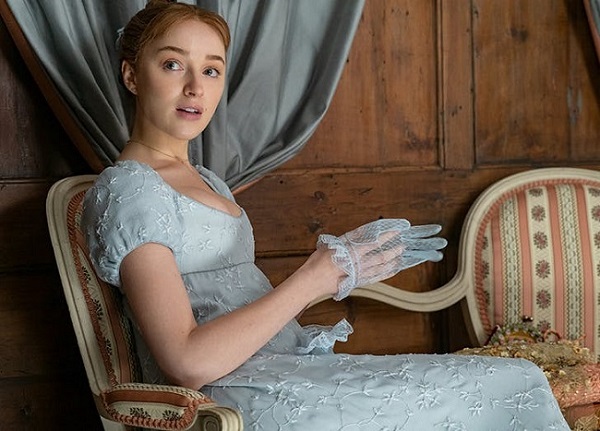 As follows? To continue it there are eight books in the saga to adapt in the series. It is believed that the second season could adapt the second novel, The Viscount Who Loved Me, in which the main character happens to be Anthony, the oldest of the eight Bridgerton brothers. According to his argument, Anthony chooses a wife, Edwina Sheffield, but will have to fight with Edwina’s older sister, Kate, to convince her that he is no longer a hardened bachelor.

Is there a return? Although Netflix has not yet officially confirmed it, a list published in Production Weekly announced that filming will resume in March of this year in Uxbridge, England. In addition, several of the actors expressed in the media their desire to embark on the second part of the project. Phoebe Dynevor said: “I want to see Daphne get a little involved in Anthony’s love life since he intruded a lot with hers. I think it will be fun. ”

Rege-Jean Page said she hopes to deepen her relationship with Daphne a little more, as she told TV Guide: “I think love is something that evolves; it is something alive that breathes and needs care, which needs to be repaired when it wears out or it breaks. They marry very young. They still have to grow up. They have a lot to do and I think it will always be fun to watch them do that together.

Nicola Coughlan also spoke to “I would love to go on that journey with [Penelope], to see how she has changed. I would really love to go back because I feel like we just scratched the surface. And because there is such a large cast on this show, there are so many more characters. “