Netflix has officially announced that there will be season 4 of the Netflix series Cobra Kai. And we can already say that the cliffhanger of season 3 turns a hundred times at the end of season 1 and that of season 2 of Cobra Kai. We expected it from the first season, the second was from the telenovela manual.

But the third one expands the nostalgia one more season and that’s saying a lot. One of the clauses of the agreement that the creators and producers of the series reached to make the leap to Netflix consisted of continuing the story of the first three seasons with which they reached the streaming platform under their arms because at the moment when Cobra Kai made the transition to Netflix (the agreement was negotiated between March and April 2020, at the beginning of the pandemic) season 3 was already written, filmed and in post-production.

We started the Season 4 writers room soon after our move to Netflix. We're currently in the middle of outlining the 8th episode. The first 7 scripts are either written or in process. #CobraKai #CobraKaiOnNetflix https://t.co/53r3pdwm2B

In fact, the series entered to begin work on season 4, provided, obviously, that the first two seasons were successful. Although the showrunners have never wanted to say how many seasons they have in mind, they have talked about continuity. One of the three creators of the series has assured that “we feel very fortunate to have four films with characters, worlds, and stories with which to work and from which we can continue to extract ideas as the series evolves”.

The showrunners of the series have already confirmed that the first seven episodes are already written -of a season of 10 chapters-, so it is not too much risk to say that season 4 is already in pre-production.

So far they have not finished telling us anything they wanted to tell us. As the first three seasons were originally intended, they all form a plot arc with development (season 1), middle (season 2), and outcome season 3.

the relationship between the characters of Johnny Lawrence (William Zabka) and Daniel LaRusso (Ralph Macchio) had to be solved in season 3 or this had no where to take it. In season 3 Okinawa and Kreese – well, and especially Ali Mills (Elisabeth Shue) and her surprising common sense – have ended up reconciling them. Season 4 will be a clear one: And now that we work together are we going to be able to defeat the one who was always our common enemy?

The door will always be open to the introduction of Hillary Swank, another key character from the original saga (the showrunners consider him to be part of the Miyagi Cinematic Universe, so they are not ruling it out), who could introduce a new storyline, but what season 4 has to resolve is the conflict raised by John Kreese. We are going to make sense of all the things that have been leaking so far. 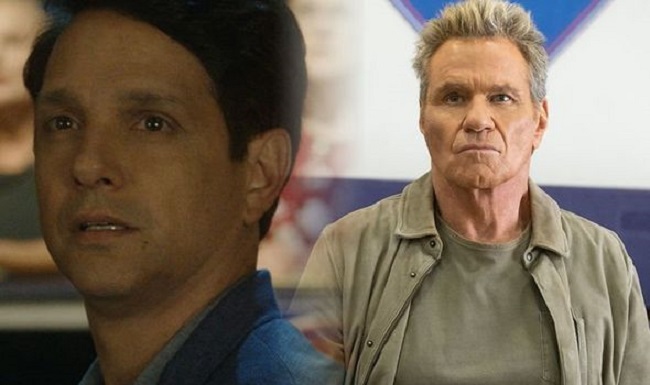 Because the images of Sean Kanan, the actor who played Mike Barnes in Karate Kid 3, and the elongated shadow of Terry Silver, one of the fan-favorite characters of the original saga, have us confused: or he is doing us the greatest trolling in (short) trolling history or is training to prepare for season 4. Both are perfectly possible. Let’s go with them.

The showrunners of the series assured that the character of John Kreese would be one of the central elements of season 3, as it has been, but they also announced that they have not told everything they wanted to tell about him and that there is still much to do see of Kreese.

In season 3, parallel to Daniel LaRusso’s reunion with Kumiko, Chozen and the origins of his karate in Okinawa and with the words of Mr. Miyagui: “There are no bad students, only bad teachers”, it has been clear to us that until solve your inner problems, neither Daniel nor Johnny are going to be a good teacher.

ALSO READ  Busted Season 3: Release Date, Cast, Plot And All News
ALSO READ  What Is The Release Date Of Season 2 Of The Fireflies Dance On Netflix?

Season 4 will have to solve Kreese’s mysterious call first. Kreese, you know, was thought of as the great villain of Karate Kid 3, but due to professional commitments he could not fulfill and ended up giving more weight to the character of Terry Silver. Season 3 and 4 have to do John Kreese justice.

But that call ensures that there is someone else But is it Terry Silver or Mike Barnes? Because, how does it fit that actor Sean Kanan has been posting things like these on social networks:

And that the inventor of the crane kick posted this too after season 3 was shot:

There are two possibilities: one, that Sean Kanan wanted to troll the fans, and two, that they are real images. If they are real, it can also be trolling: they can be images of his training for season 4.

In all the interviews Kanan has done since the series has been resurrected on Netflix, he has not released a pledge. Which does not mean that what the rest of the actors in the series tell is true. The showrunners have asked us not to listen to Martin Kove with John Kreese, so we shouldn’t listen to Kanan either.

Because Kanan has an idea about what happens to the character that could fit perfectly into the series. At least some of us are stable. We tell you and you decide.

According to Kanan, two things have happened to Mike Barnes: one, “he became an infinitely worse person than we had already seen and ended up in jail”; and two, “