Humans have been making Apple cider vinegar, or ACV, for centuries by crushing the apples and fermenting them. It is believed that Ancient Romans did it for the first time. Today, modern science confirms that ACV is super beneficial for us in a number of ways. It can stabilize blood sugar levels, increase good cholesterol levels, maintain blood pressure, and improve gut health.

But Does apple cider vinegar help you lose weight too?

People have been asking this question a lot now, so we are here with an answer. Apple cider vinegar does burn fat and helps you in losing weight. Although more research is needed to further confirm it, the ones we already have and the experiences of people support its weight loss claim.

Apple cider vinegar does not lose weight directly. It suppresses hunger and appetite. Moreover, it makes you feel full. Hence, you don’t eat many calories, and weight loss becomes smooth.

In addition to this, Apple cider vinegar also smooths out digestive issues. So, the gut health improves too, and the absorption of food particles becomes quick. Plus, it is also believed that ACV also boosts metabolism. As a result, more calories are burned and converted into energy.

A study was conducted in which 11 people were given high-calorie food and then vinegar. It was found that the blood sugar level was 55% less than it normally is after such a meal. Moreover, such people had less appetite and ate 250 fewer calories for the rest of the day. 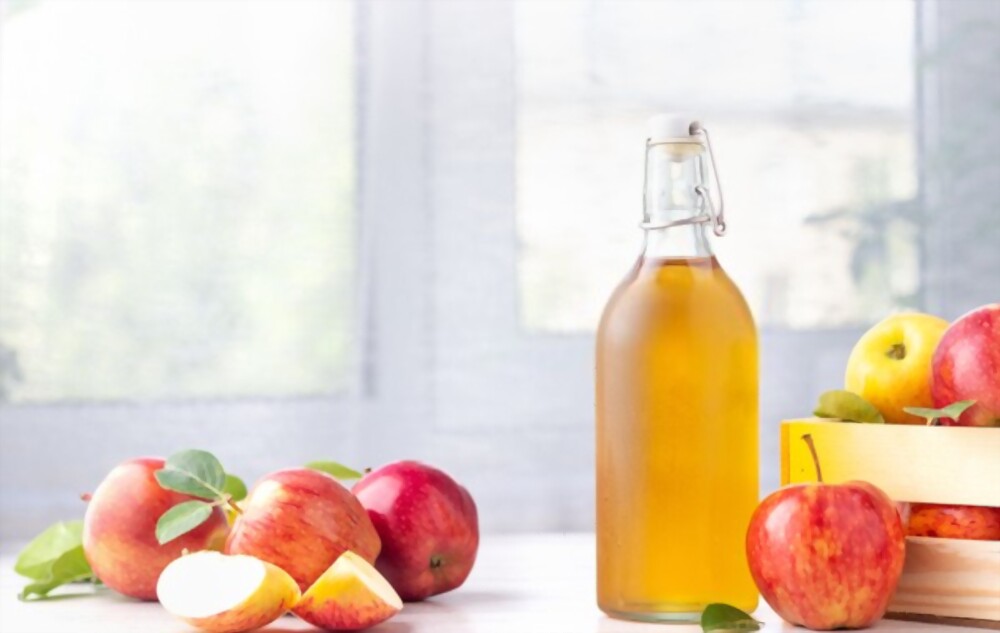 Another study was published in the National Library of Medicine which is more significant than others. In this, obese people were divided into three groups.

After 12 weeks, the following results were obtained:

Similarly, the fat percentage in the body also decreases in the first two groups. One tablespoon apple cider vinegar group lost 0.7% body fat, while the two tablespoon group lost around 1%.

So, in the end, it was concluded that adding one or two tablespoons of ACV can aid in weight loss. However, more studies are needed to further confirm the effects of Apple cider vinegar on burning fat.

How To Include Apple Cider Vinegar In Your Meal?

You can’t drink Apple cider vinegar directly out of the bottle. You have to add it to a drink or a meal to avoid facing any side effects.

Make sure you don’t over-add it. Adding it more can cause health complications like throat burn, eroding of teeth enamel, heartburn, esophageal irritation, ulcers, and GERD.

So how much apple cider vinegar should you consume for weight loss? Two tablespoons a day is the limit if you want to stay healthy and become leaner.

However, it will take at least three months to lose only 4 to 6 pounds of weight if you solely rely on ACV. This is way slower than anyone would desire.

So, what should be done if you want to burn the fat around your belly quickly? Go for an Exipure!

Want to fit in your old favorite dress as quickly as possible? Then we suggest you try Exipure. It is one of the safest fat-burning pills on the market. The reason? It is made up of eight natural, safe, and exotic ingredients that are clinically proven to burn fat cells.

These ingredients work together to increase the brown fat levels in the body. It is actually a tissue that converts the fat droplets into heat. Hence, the belly starts to become slimmer if you regularly take it.

The manufacturer of Exipure claims that you can lose 59 pounds quickly if you strictly follow instructions. But is it really the case?

The Exipure reviews tell us that people have indeed lost a lot of weight. Customers have shared their experiences about what changes they felt, and most of them were positive. In total, Exipure has received more than 340,000 reviews.

In addition, the manufacturer of this pill also offers a six-month money-back guarantee (180 days) if you are not satisfied with the results. However, reading Exipure customer reviews gives us an idea that people are generally happy with this product and don’t have to claim this offer.

So, you can use Exipure in addition to adding Apple cider vinegar to your diet plan.

We described liquid ACV above. There are now ACV pills available on the market that claim to burn calories and lose weight. It is true that such pills do have some effect on weight. But more medical research is needed to make it more effective and determine whether ACV pills are safe or not.

Does honey and apple cider vinegar help in losing weight?

Honey is not fattening and contains fewer calories. Plus, it speeds up metabolism to burn unwanted fat (calories). So, it perfectly pairs with Apple cider vinegar in losing weight.

All in all, Apple cider vinegar, or ACV, is known to induce lots of health benefits. It can increase good cholesterol levels, maintain blood pressure, stabilize sugar levels and reduce Acid reflux. But does apple cider vinegar help you lose weight as well?

Yes, ACV burns fat cells and helps you become slimmer. It does it by suppressing appetite, reducing hunger, and speeding up metabolism. But more research is needed in this regard to further confirm the exact role of apple cider vinegar in losing fat. In addition, you will lose only 4 to 6 pounds of weight in 12 weeks if you rely only on ACV.

To speed up the fat-burning process, you can also add taking Exipure weight loss supplements to your to-do list for several weeks.

How To Make The Best CCTV Camera Installation In Miami?

How to Play Malaysia Online Gambling

How To Make The Best CCTV Camera Installation In Miami?