Publicist Paper
Home TV Shows Netflix The Netflix Series The Witcher Is Having Problems With The Filming Of...
TV ShowsNetflix

The Netflix series The Witcher is having problems with the filming of its second season because they have detected some positive cases of Coronavirus (COVID-19).

The Witcher is currently being shot at Arborfield Studios in West London, but they have stopped everything when they have detected four positive cases in Coronavirus. They are now reviewing the protocols to make them more stringent and will resume production when it is safer to return to work on the set. It must be remembered that it is the second time they stopped since Kristofer Hivju (Game of Thrones) who will play Nivellen tested positive at the beginning of the pandemic.

For now, it has not transpired if the positives were members of the team or some of the actors, but hopefully, they can soon return to filming with everyone healthy and thus The Witcher series can arrive as soon as possible on Netflix. 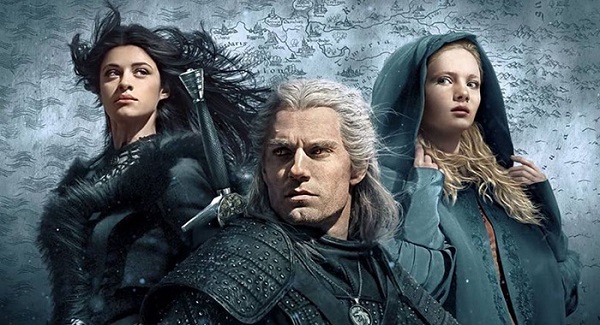 “ Convinced that Yennefer’s life was lost in the Battle of Sodden, Geralt of Rivia takes Princess Ciri to the safest place she knows, the childhood home of Kaer Morhen. As the kings, elves, humans, and demons of the continent fight for supremacy outside its walls, he must protect the girl from something far more dangerous: the mysterious power she possesses within. ”

Season 2 of The Witcher will premiere sometime next year, and it will also see the return of Henry Cavill as Geralt of Rivia, Anya Chalotra as Yennefer, Freya Allan as Ciri, and Joey Batey as the sublimely irritating Dandelion.

ALSO READ  'The Witcher': Cast, Trailer And Premiere Of Season 2 On Netflix

New additions to the cast include Kristofer Hivju as Nivellen, Yasen Atour as Coen, Agnes Bjorn as Vereena, Paul Bullion as Lambert, and Thue Ersted Rasmussen as Eskel.

Do you want to see The Witcher season 2? Leave us your comments below.