When Does The Second Season Of The Bridgertons Premiere?

The Bridgertons is Netflix’s new success and it is clear that he had reasons for that a season fiction in the style of Jane Austen with reminiscences of Gossip Girl and with the stamp of Shonda Rhimes, creator of Grey’s Anatomy or Scandal.

The first season premiered on December 25 on Netflix and there is already some information about its continuation that you should know: premiere date, cast, as well as the plot that it will address.

If there is a series that has become the new Netflix phenomenon in its own right, it is the first season of The Bridgertons.

If you are lost and you have not had an eye on it yet, you should know that it premiered on December 25 on the streaming platform and that it has Shonda Rhimes leading the way.

Yes, the creator of great successes like Grey’s Anatomy, Scandal, or How to get away with murder and who now has an exclusive agreement with Netflix to produce content.

Of course, we must not take the credit from Julia Quinn, the mind behind the idea, since The Bridgertons are inspired by the novels of the writer who narrates the life of Daphne in a period drama in the style of Jane Austen, but with countless reminiscences of Gossip Girl – a series that will return with a reboot this season where intrigues and scandals of a closed society are the order of the day.

ALSO READ  Premiere Forecast For The Second Season Of 50M2

If you’ve devoured the first 8 chapters and want to know more about the second season of The Bridgertons, you’ve come to the right place.

Here you will be able to find all the information that is available about the continuation of the new Netflix success release date, cast, and plot that this new season will address. 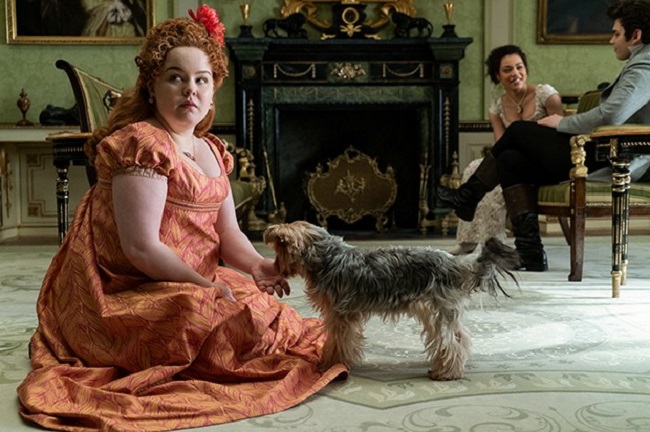 When Does The Second Season Of The Bridgertons Premiere?

At the moment there is no release date and the only thing that is known is that filming will begin in March of this year in Uxbridge, England, as can be read in Production Weekly, so if the coronavirus allows everything to progress normally, it would be possible to have it on Netflix in late 2021 or early 2022.

Of course, at the moment there is no official confirmation by Netflix on the renewal of the season, although seeing the enormous success it has reaped it would be absurd not to think of the second season of The Bridgertons.

What Will Happen To The Cast Of The Bridgertons?

The logical thing is to think that all the characters will reprise their roles in this new season since all the actors have been very satisfied with the result.

Of course, at the moment nothing else is known and it is also unknown if there will be new additions in the future to introduce new characters.

What Will The Second Season Of The Bridgertons Be About?

Considering that the first season covers the events of Julia Quinn’s first novel, it is logical to think that the continuation is based on The Viscount who loved me, where the title role would go from Daphne to Anthony, the character played by Jonathan. Bailey.

As the synopsis of the book says, Anthony chooses Edwina Sheffield as his wife, but he will have to see them with his older sister to try to convince her that he has changed and is no longer a wayward and crazy single.