“Big Mouth” is a strong candidate for a successor to “South Park”, being often compared to the iconic series. And with good reasons  both are animated series that focuses on the life of a group of teenagers, with dialogues and themes filled with delicious profanity, while they seek their place in the world.

However, while “South Park” focuses its content on criticizing society through the eyes of teenagers, “Big Mouth” is more introverted, with its attention turned to how teenagers behave with their changes due to puberty.

It quickly became distinct from “South Park”, not only in its themes but also in its approach to controversy and comedy, with “Big Mouth” being a more restrained series, but imbued with genius in its own way.

Now with 4 seasons, “Big Mouth” never reached astronomical numbers of the audience but has been increasing every year that is in service streaming from Netflix.

Much of this audience gain comes from being highly nostalgic for the golden times of adolescence, with all its moments of embarrassment and navigating the unknown. Like tenacious and perverse humor, coming from brilliant hormonal monsters.

The entire cast is perfect, many of them giving voice to different characters, such as Nick Kroll, Maya Rudolph, or Jordan Peele. Being more or less recognized by the general public, everyone fits the characters like a glove and lends voices so different to each character that it becomes easily hilarious.

In this new season, our group of friends will have to deal with their differences on a summer camp. In this field, the problems only increase with the appearance of a new monster – the Anxiety Mosquito. Anxiety is present at all times, in different situations, which will have repercussions when the group returns to school. 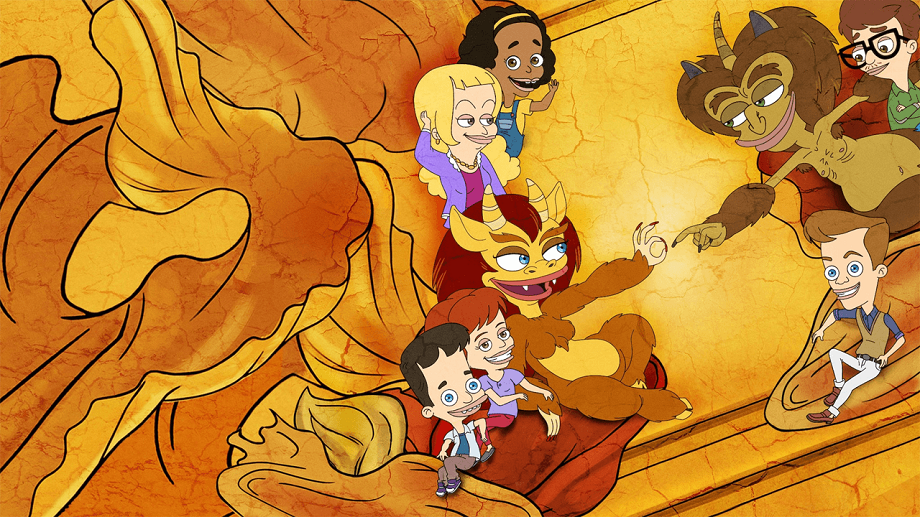 Season 4 is again a breath of fresh air on the content available on Netflix.

As in its previous seasons, “Big Mouth” remains irreverent and hilarious, being that it intends to entertain the viewer from the first to the last second of the episodes.

Whether with the embarrassment of situations arising with puberty, the stereotyped characters but completely well deepened or a meta-humor that promises to make us laugh until we run out of air in our lungs – everything comes together to make “Big Mouth” a very special series.

In just 10 episodes of less than 30 minutes each, the series manages to make us laugh and reflect on what we went through (or what we saw other people go through), and how that made us the people we are today.

Although it is still a different bet on the part of Netflix according to the other animation series that exist, the fourth season “Big Mouth” already starts to lose its surprise factor. This is even more apparent in the first episodes of this Levada, where there is no great progression of our characters and are just a set of events that will become central to the rest of the season, but that does not add or remove anything to our characters.

It is in the middle of the season that the series begins to play higher trump cards, to become more and more metaphorical and to deepen our characters and to increase their problems, revealing a tremendous ramp to what will come in future episodes.

All told, the fourth season of “Big Mouth” is yet another victory for the series. Due to the progression of the story a bit, it is far from the best so far. But he doesn’t miss a milligram of the cunning of humor and the ability to make us see that we were all teenagers and we managed to survive that. Therefore, it is better to laugh about it.