Publicist Paper
Home TV Shows Netflix 'The Bridgertons': All The Clues That The Actors Have Advanced About Season...
TV ShowsNetflix

‘The Bridgertons’: All The Clues That The Actors Have Advanced About Season 2 Of The Netflix Series

Why do you want Christmas movies if you have a project as delicious as ‘The Bridgertons’ that is going to devour all the audiences and without needing to disguise anyone as Santa Claus or to scratch annoyingly decorated and decorated? Something like this must have thought Ted Sarandos, co-CEO, and director of content of Netflix.

The first series produced by the Shondaland company, producer of Shonda Rhimes (‘Grey’s Anatomy’) has been crazy. Only in Spain, it has remained since its premiere, on December 25, 2020, as the most viewed content on the platform – until the new episodes of ‘Cobra Kai’ arrived and it dropped to second place.

It is certainly not the content with which we would have bet that Netflix subscribers would close the happy 2021 and start the long-awaited 2021. ‘The Bridgertons’, a period series set in the English Regency and reminiscent of ‘Gossip Girl’ and in which white and black society mix equidistantly.

It is not a stretched and boring series, but has managed to create a delicious atmosphere between the two protagonists, the Duke of Hastings (Regé-Jean Page) and Daphne Bridgerton (Phoebe Dynevor), who develop a very special friendship so that the young woman runs away from an arranged marriage to Lord Berbrooke (Jamie Beamish). ‘The Bridgertons’ is superficial, yes; but certainly fun.

Will There Be A Second Season?

With this success, we can’t stop thinking about whether there will be a second season, something that seems very likely. Why? It would be absurd to give up continuing the success of a series that has become one of the most-watched projects of the year for Netflix and, furthermore, there are still seven of the eight books in the Julia Quinn saga to be adapted.

In addition, it seems that there is some data that indicates that production would start in a few weeks. a listing in Production Weekly reported that Season 2 will begin filming in Uxbridge, England, in March 2021. We’ll see if it can be done with the coronavirus pandemic, but the plans are there.

The Cast Wants To Return 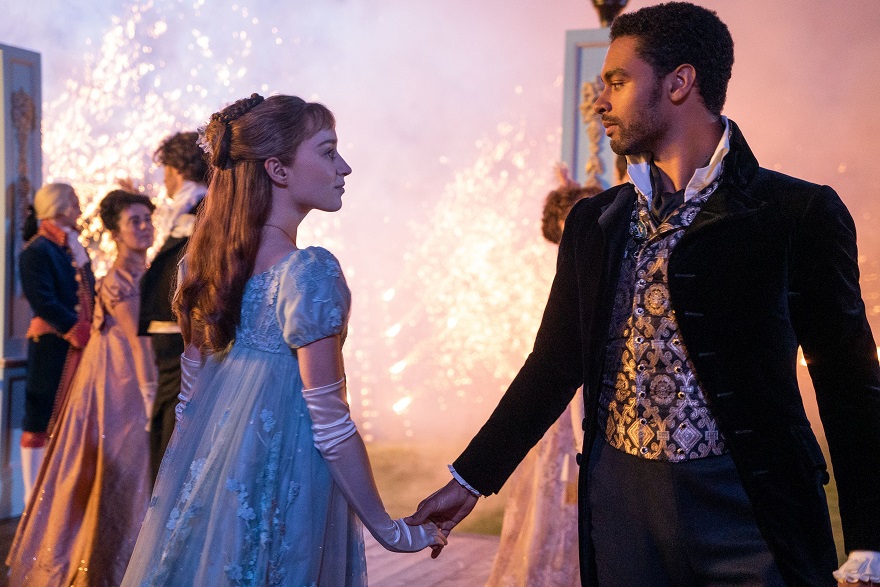 All the actors in the series have expressed their satisfaction with the result of ‘The Bridgertons’ and their desire to embark on the second part of the project. Phoebe Dynevor, Daphne on the series, told ELLE.com that she would love to return to the series, as long as she has a little fun with the character of Jonathan Bailey, who plays her brother Anthony Bridgerton.

“I want to see Daphne get a little involved in Anthony’s love life since he intruded a lot with hers,” she joked. “I think it will be fun.”

Rege-Jean Page, who plays Simon Basset, Duke of Hastings, hopes to deepen his relationship with Daphne a little further, as he told TV Guide: “I think love is something that evolves; it is something alive that breathes and needs it needs to be repaired when it wears out or breaks.

They marry very young. They still have to grow up. They have a lot to do and I think it will always be fun to watch them do that together. ”

Actress Nicola Coughlan, who plays Featherington’s little girl, Penelope, has also expressed her opinion Coughlan would go back to a season 2 especially if his character has more space: “I would love to go on that journey with [Penelope], to see how it has changed,” he said.

” I would really love to go back because I feel like we just scratched the surface. And because there is such a large cast on this show, there are so many more characters. ”

What Could Season 2 Be About?

As we have said before, there are still seven of the eight books of the Bridgerton saga written by Julia Quinn to adapt, so we could venture that the second season would bring the second volume to Netflix, entitled in Spanish ‘The Viscount who loved me’.

Thus, the protagonist would not be the couple formed by Daphne and Simon, but her brother, Anthony, Lord Bridgerton, the wayward viscount whom Jonathan Bailey gives life. According to the plot of the novel, Anthony chooses a wife, Edwina Sheffield, but will have to fight with Edwina’s older sister, Kate, to convince her that he is no longer a wayward and crazy bachelor. How will you do it? We will be there to see it.