At first glance, the newly released premiere episodes of WandaVision seem to offer nothing of substance and simply seem to push the “House of M” theory that has been floating around that Wanda, grieving over Vision’s death, lost control over her sanity and her powers and ended up creating the fake, sitcom-style reality in which we see her. But look closely and you will see the little clues scattered around that paint a very different and quite darker picture.

WandaVision begins with a newly married Wanda and Vision who drive into the picturesque town of Westview and settle into their new home. When they are alone, they use their powers for daily tasks, but when they are with other people, they pretend to be like everyone else. But apart from knowing that they love each other and that they have powers that they cannot reveal in front of normal people, the duo seems to have no recollection of the events that preceded the series: that Vision is dead and Wanda now lives in. a post-snap world.

Wanda conjures things up out of nowhere and puts wedding rings on her and Vision’s fingers when people ask them about it; this makes it seem like Scarlet Witch is the one running this makeshift reality. But it’s the smaller clues and apparent Easter eggs that differ. 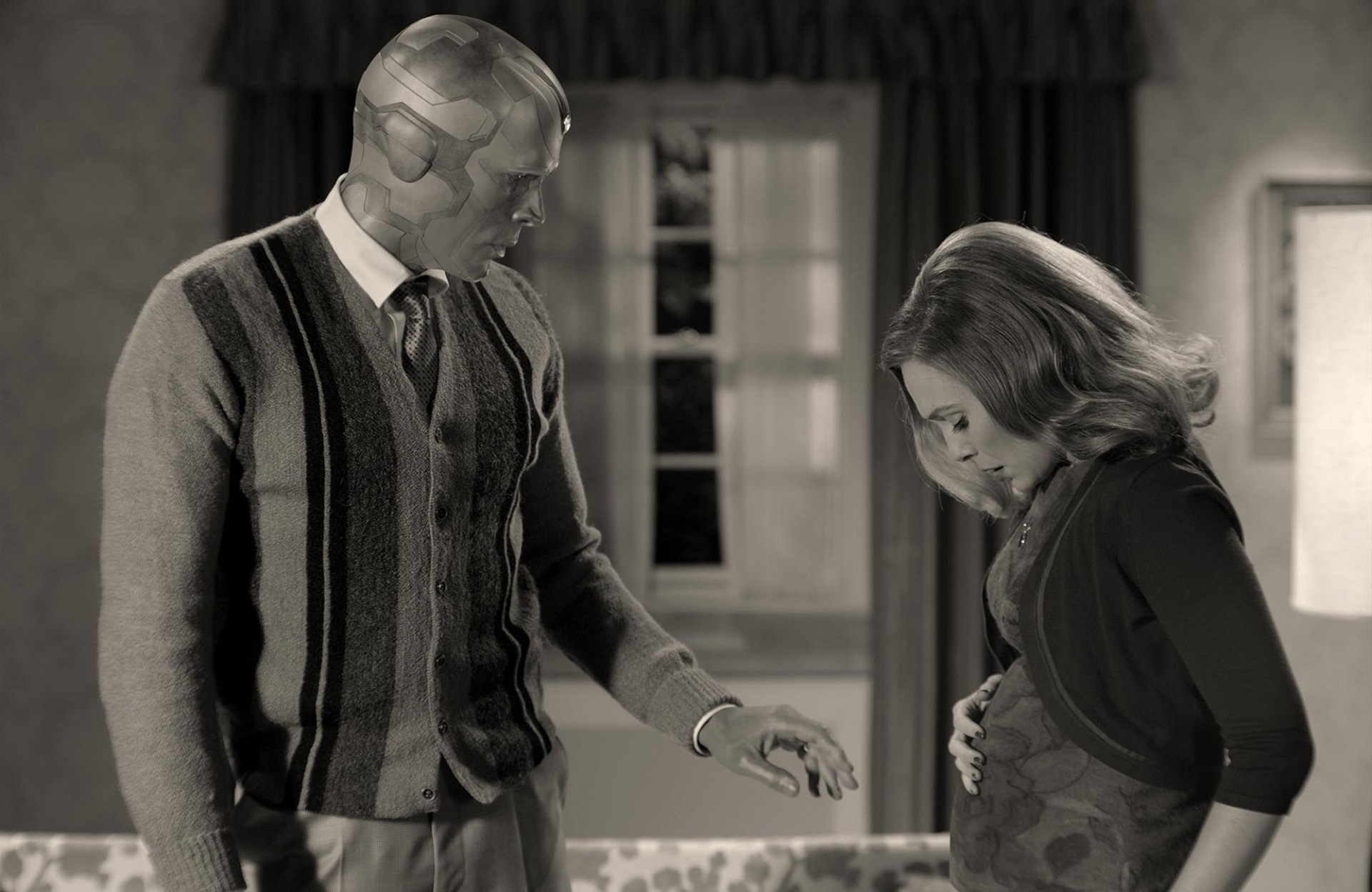 The “Commercials” In Both Episodes.

In keeping with the series’ sitcom theme, both the recently released episodes of WandaVision have a commercial on makeup products at halftime and appear to be subtle nods to Wanda Maximoff’s childhood and how she got her powers. As in the first episode, after Wanda and Vision move into their new home, we see a commercial about a toaster, with a sinister power-on sound followed by a continuous ticking, with the name Stark Industries’ Toast Mate 2000.

If you look at it as an Easter Egg, then it could be a reference to the fact that Stark Industries is the reason Wanda broke up with Hydra. In Avengers: Age of Ultron, Wanda and her brother Pietro harbored a particular hatred for Tony Stark as he was one of their company’s bombs that created bombs that killed their parents and the siblings waited for death within inches of a second “ticking” bomb that could have exploded with the slightest change in pressure.

Similarly, in the second episode, there is another commercial, this time about a luxury Swiss watch with the name “Strücker” with an unmistakable symbol and name on the dial: the name Hydra and its octopus skull logo, followed by another, loud ticking sound of the clock. For those who might have forgotten, Baron von Strücker was the Hydra leader who recruited Wanda and Pietro for their experimentation with Loki’s scepter (hiding the Mind Stone).

But nothing in the MCU is as innocent as it seems and combined with the other tracks in the two episodes, these two commercials seem to hint at something completely different.

Hydra, Not Wanda, Is The One Who Controls Artificial Reality. 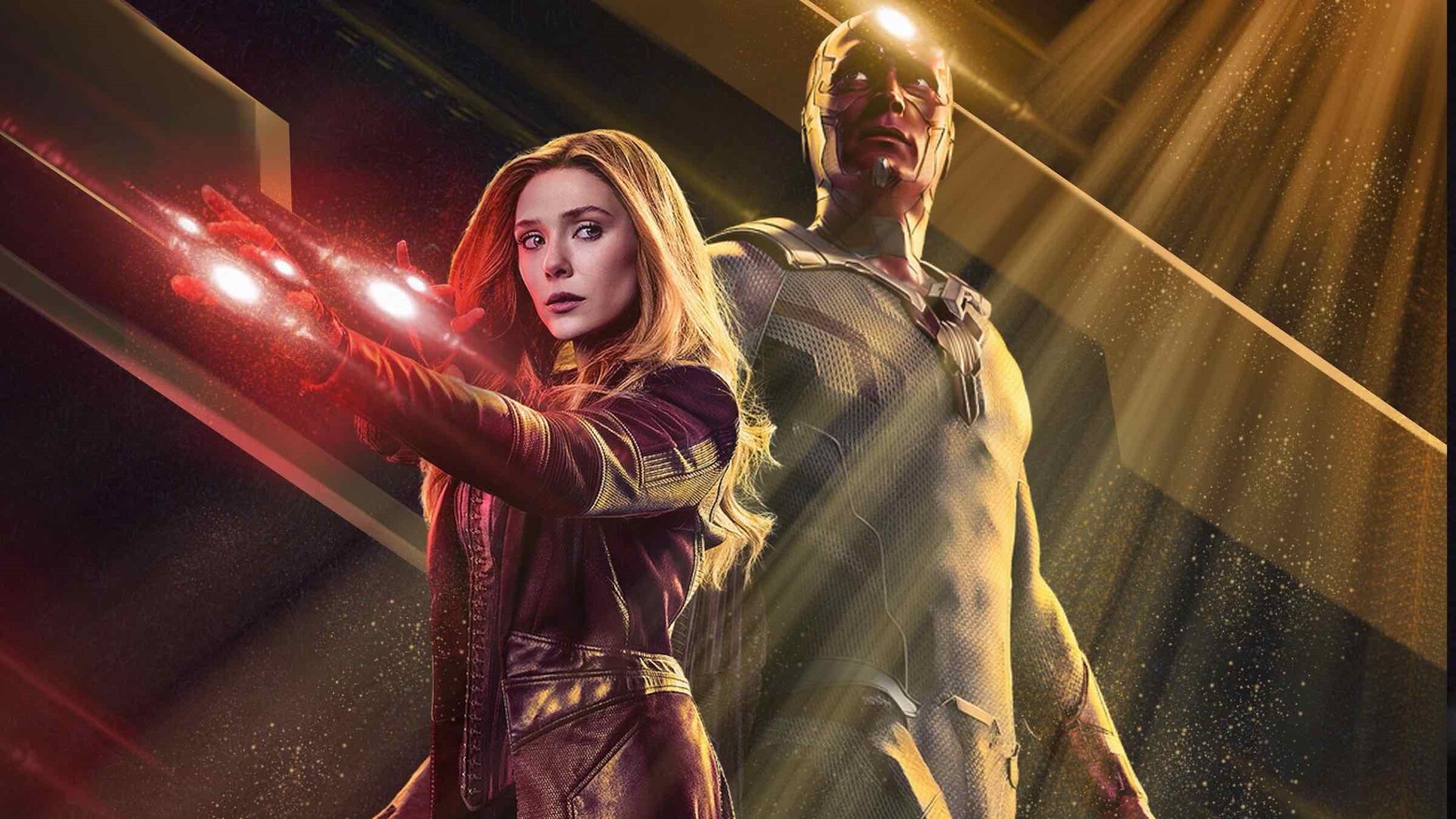 If you observe the two episodes carefully, you would know that one of the signs from the outside world trying to break this illusion that Wanda lives in is when her black and white environment is disturbed by a totally random, unexpected phenomenon, an explosion of colors. Like the red helicopter (with the SWORD sign, but more on that later) on its rose bushes, the cut on Dottie’s hand bleeding bright red followed by the voice on the radio urgently asking “Who” is doing this to her. to Wanda, etc.

So, let’s get started with the first commercial about the Stark Industries Toast Mate 2000. Towards its end, the toaster begins to tick loudly, the light begins to flash and begins to flash red. In fact, this is the first color we see in monochrome. WandaVision and the lady, who seems a bit disheartened (either from the sound or maybe the crack in the building with the flashing red light), brings out the toast followed by the host who advises viewers to “forget the past, this is their future ”. A rather innocent sales line that sounds quite loaded given the strange life of amnesia that Wanda and Vision live.

While It Doesn’t Explicitly Say That Hydra Is The Culprit Here, It Does Establish That Someone On The Outside, Probably Sword (Sent Weapons Observation And Response Division) Is Trying To Break This Made-up Reality.

Either way, it is the second commercial for the “Strücker” watch that establishes the connection with HYDRA, especially when it announces that “He will make time for you”. While Strücker was assassinated, it doesn’t necessarily mean that he is gone. HYDRA scientist Arnim Zola, perhaps his computerized consciousness remains or has been revived, just as it happened in the comics. Or maybe, it’s a hint that while Strücker is dead, the rest of the villainous organization isn’t done with Wanda, which brings us to the other plot clues.

It Is Hydra Who Wants Wanda To Have Children.

At the end of episode 2, we see Wanda having a baby bump out of nowhere. Now, it could be that Wanda has simply gone crazy over Vision’s death and magical