The end of the third season of ‘Cobra Kai’ has left the followers of the Netflix series with honey on their lips. Unfortunately, we will still have to wait to see the fourth installment of this television sequel to ‘Cobra Kai’, but at least we already knew that it was renewed before we could see those ten episodes.

Next, we are going to review everything that is known so far about season 4 of ‘Cobra Kai’, which promises to raise the levels of intensity and even recover another mythical character from the ‘Karate Kid’ saga.

There are no official details, but it is clear that it will be a direct continuation of the end of the third season – if you don’t want spoilers, what are you doing reading this? – with Johnny and Daniel joining forces to try to defeat Cobra Kai in the tournament. The stakes are high in the “bet” he makes with Kreese, but also personally with Robby’s change of sides.

In addition, Kreese has not hesitated to request reinforcements to be able to face these two great rivals, between whom the old quarrels will surely reappear soon. In addition, Johnny will have to see how emotionally involved with his mother affects his relationship with Miguel.

Several doubts remain in the air, such as the possible return of Nichole Brown as Aisha, the great absent from the third season, or the possibility that Elisabeth Shue will give life to Ali again. In addition, the end of the third season plants the seeds for the arrival of Thomas Ian Griffith as Terry Silver, but he arrives almost 15 years away from acting and his return has not been, far from it, confirmed. 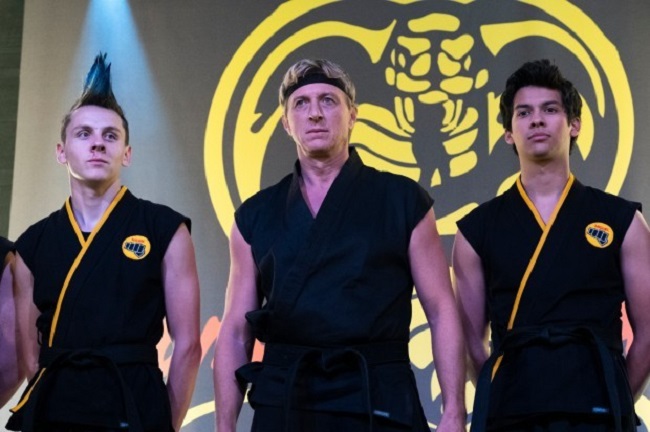 The start of filming for the fourth season is imminent. Maridueña, who plays Miguel in the series, recently pointed out that the recordings would start shortly and the creators of the series mentioned at the end of December that they already had eight scripts in their possession, with five completely ready to shoot, and the master lines of the remaining two.

In the absence of official confirmation, what we do have is that Production Weekly magazine has published in its most recent issue that filming will begin this coming January 20 and, barring unforeseen circumstances, it will conclude on April 15. As with previous seasons, the recordings will take place in the North American city of Atlanta.

We have to wait, the filming of the fourth season has not started yet, so it is normal that we continue without a trailer or even some first images of the new episodes.

Netflix has not announced yet when we will be able to see the fourth season, but Jon Hurwitz, one of the creators and showrunners of ‘Cobra Kai’, commented a couple of months ago that it will most likely arrive about a year after the launch of the third. Considering that it arrived on Netflix on January 1, 2021, everything points to the end of the year or the beginning of 2022.

A priori it did not seem unreasonable to think that the fourth season of ‘Cobra Kai’ could be the last, but those responsible for the series have made it clear that they have a plan that does not include closing the story at the end of the next batch of episodes. Of course, Netflix, for now, has only confirmed the fourth season.