Izombie Will Not Return With A Season 6 On Netflix.

IZombie is back on Netflix! If you want to know everything about the launch of the sixth season, read on! iZombie has completed its fifth season, marking the end of this tale of brain-eaters, crime fighters, and zombie conspiracies. The series ended Liv’s story well, ending the Seattle zombie epidemic. And offering both surprise deaths and happy endings to fan-favorite characters.

Although iZombie ended well, that doesn’t mean fans weren’t expecting to see Liv Moore and her team carry on a bit longer. Because there were still many stories to explore. The CW series, which is based on the comedy series of the same name by Chris Roberson and Michael Allred, began with the intriguing premise that a zombie coroner would use his undead skills to solve crimes. And she built a fascinating world of zombie-human relationships on top of that. iZombie may have taught us that death is not the end … but iZombie season 5 was really the end. This is why Liv and the company are not coming back.

Izombie Will Not Return With A Season 6 On Netflix.

It may be a fan’s dream, but unfortunately, there won’t be an iZombie season 6. iZombie was officially canceled in May 2018. Along with other CW series that had been running for a long time. Although iZombie was a cult hit, it was nominated for several Teen Choice Awards. And while it was well-received by critics, it simply never achieved the kind of audience and popularity that shows as Arrow and The Flash have achieved. Although iZombie is another CW series based on comics. It’s certainly not a superhero series, and it might have something to do with it.

Fortunately, the CW allowed the series to end well, as Rob Thomas explained. And in many ways, the absence of an iZombie in season six is not a bad thing. From its inception as a crime-solving series, iZombie has grown into a story about a massive epidemic. A walled Seattle, and warring factions struggling to survive inside.

If the show had gone on, there’s a good chance she would have jumped on the undead shark. Instead, fans were invited to a finale that ended the story just in time. That said, if the CW had decided to continue this eccentric project, there would still have been things that could have happened. 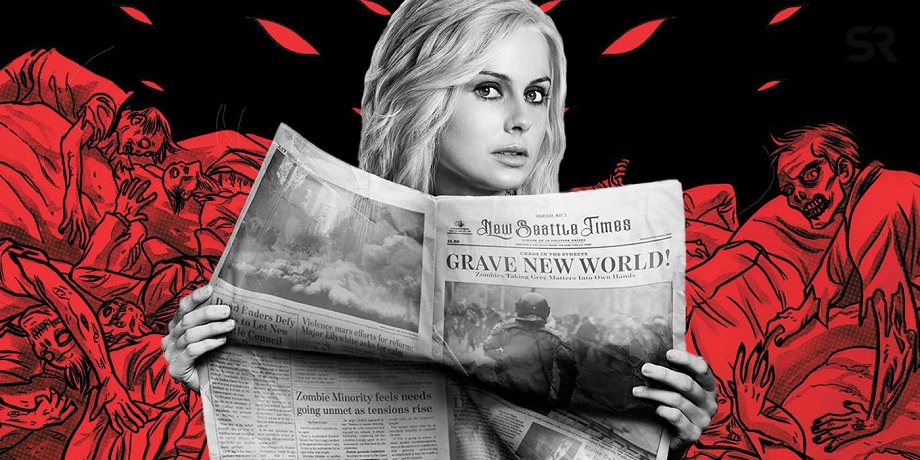 What Could The Rest Of The Show Be About?

The season five finale of iZombie saw the battle for Seattle come to an end. Finally, there is a way to find a cure for the zombie virus. And after an impressive robbery and some sleight of hand, Liv & Co. have what it takes to do it and show people that it is possible. The season ends with a flash-forward, showing Ravi, Peyton, and Clive on a talk show, discussing the last days of the outbreak.

It’s clear that the virus has been dealt with, and the world thinks Liv died in the final battle. But there’s a twist: Liv didn’t die. She and Major realized the original dream of a zombie island. A place where those who did not want to be cured could go live happily ever after.

The sixth season of iZombie would have been a great way to explore that dream. Not just the post-zombie lives of the protagonists. But also how the zombie island came true and how Liv and Major got everyone who wanted to go there. How does a utopian zombie society work? Where do they get their brains from? Are more coming, via a secret undead zombie underground railway?

Also, there were some details that could have been worked out in a final season that allowed us to explore the ten-year gap in a little more detail. What happened to the great company that was Filmore Graves? Has Blaine ever managed to get out of that pit and start causing trouble again? In reality, even a few scenes from inside the well would have the potential to be incredible.

However, overall, the decision to end the show when it was made was a positive one. And while fans can enjoy debating the plot of other zombie stories. Unless there’s news of a zombie island in the making. Viewers will have to be satisfied with the way the CW put a bullet in iZombie’s brain.