‘Watchmen’: Hbo Cancels Season 2 Due To The Departure Of Damon Lindelof

‘ Watchmen ‘, the HBO series, has been the miracle that not even the most optimistic ones dared to dream of. As with the return of ‘ Twin Peaks ‘, week after week the series has managed to make its dedicated acolytes fully indulge in the fantasy of a virtuous script, creative, demanding to some extent and, thanks be given to Moore, brave.

Even those of us who still did not forgive Damon Lindelof for ‘ Lost ‘ (or those of us who had not done it because of Jon Spaihts ‘ script for’ Prometheus ‘), we had to bow our heads and admit that he has managed to understand the’ Watchmen ‘by Alan Moore to be faithful to the work and make it evolve at the same time. It seems impossible, but it is that reinterpreting Genesis keeping it in the Old Testament so that everything has a greater meaning, it was.

And it is difficult to understand to what extent the comic scripted by Alan Moore, drawn by Dave Gibbons and inked by John Higgins in the second half of the 80s, is something that we have only been investigating for thirty years. The deconstruction of the superheroic approach now seems only the first and most interesting layer of a story that, with the passage of time, has been winning without the need to modify it.

Everything was there from the beginning, from the outrageous political criticism to the alert to the inability of the human being to live without surveillance, passing the unease of a Moore forced to live in a system that he does not support and that knows responsible for the disastrous end that, unfazed, he has been pointing the clock for years

And then Lindelof comes along and understands it all in a series that achieves an overwhelming critical success. This, coupled with its supposedly good numbers of viewers, made us fear a second season of a story that, as disconcerting as it was in its last seconds, was as tightly open as the one in the comic. As in real life, everything continues after a remarkable event and, in both ‘ Watchmen ‘, their events end just before a supposed “ cliffhanger ” underscores us that, in their reality, a new day will dawn and maybe the blue shine again. 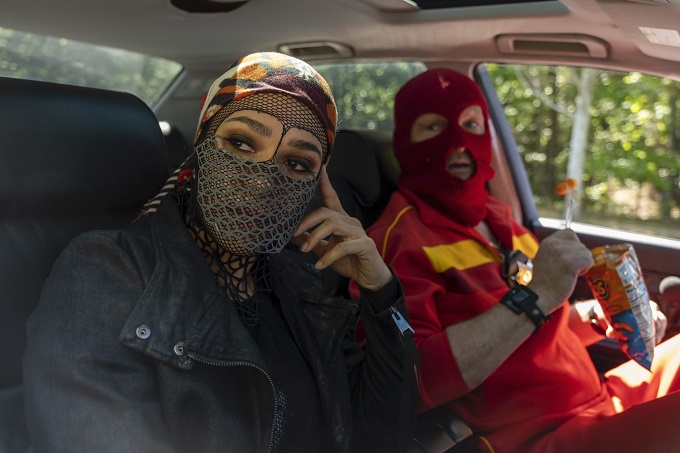 ” We are very proud of ‘Watchmen,’ but what interests me most is what Damon wants to do, ” Casey Bloys, HBO’s chief programming officer, told USA Today.

And what does Lindelof want to do? Well, little else. As he himself has assured, his story has already been told and, although he would support the chain if it decided to expand the concept ‘ Watchmen ‘ as an anthology of stories, both the scriptwriter and Bloys seem to have finished this brilliant page of nine succulents bullets.

From his brave narrative to the careful design of his characters, going through his love story, his clear denunciation of fascism as the cause of all evil, the impressive soundtrack of Trent Reznor and Atticus Ross or his ability to embrace again and again to Those of us who use ‘ Watchmen ‘ also as a means to return to the moment when we fell in love for the first time with this story, the best series of 2019 seems to have managed to close completely and become an essential title.

Although all this was already sensed since Noel Ceballos began to improve (if possible) the experience for Spanish speakers, only sublime products make people write about them in such a fascinating way.

If Alan Moore ever sees her, which is unlikely, he might even find it funny. At least the fart scene, because of course there is a fart joke.