The historic Vikings television series attracted a large number of fans. Especially for his performances and the representation of the best battle scenes. The series revolves around Ragnar Lothbrok, his sons, and his fellow soldiers as they develop the Viking kingdom. Created by Michael Hirst, the series premiered on March 3, 2013, on the History Channel. If you’re wondering about the future of the show and its season 7, here’s everything you need to know!

What Is The Release Date Of Season 7 Viking?

This is what we know about the seventh season of Vikings. In January 2019, it was announced that the sixth episode of the series would also be it’s last. The creator, Michael Hirst, was very clear in the direction he wanted to give the story of the series. What began as a fascination with the Vikings and their culture, occupied Hirst for seven years. In an interview with Gamespot, he said it was time to end the saga.

Hirst then explained what the end of the series meant to the characters and how it affected him. He was deeply moved that several of his favorite characters from the series were going to have to be killed. The first half of season 6 sees the death of Lagertha, who is mistakenly killed by her stepson, Hvitserk.

Fans are also known to have been very upset over the death of a series legend and mainstay Ragnar Lothbrok in season 4. This marked the beginning of a steady decline in viewership. However, Hirst says that the series finale after season 6 was a choice and not a consequence of declining viewership. 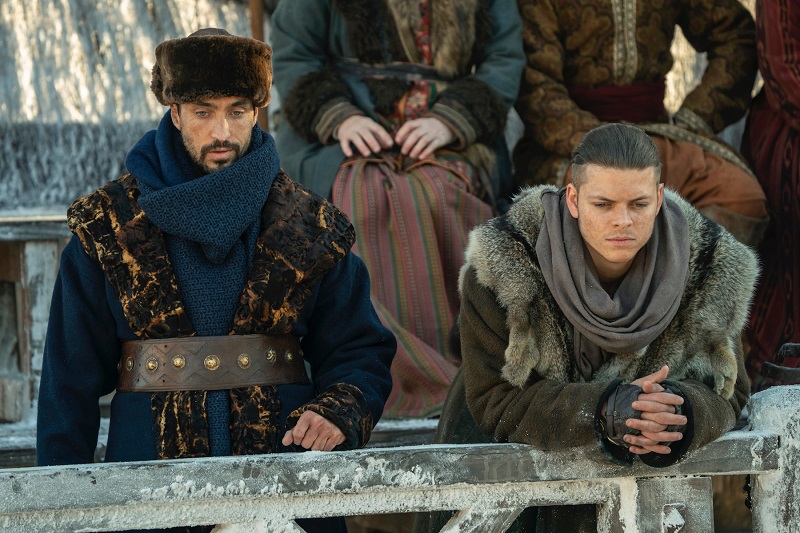 As the series is based on historical narratives. It’s bound to get to a point where you will run out of basic material. This could also be a possible reason for ending the series. Hirst has promised a dramatic ending that will make fans cry. The second part of the sixth season of Vikings is full of surprises, as Harald and Bjorn survive. Although it was presumed that they were dead midway through the season six finale.

As you can see, the seventh season of Vikings is officially canceled. Although the much-loved series is drawing to a close, fans have reason to rejoice as Hirst hasn’t finished acquainting the world with legendary Scandinavian warriors. In 2019, it was announced that Michael Hirst and Jeb Stuart have teamed up for a sequel to the series titled “Vikings: Valhalla.” The series will take place 100 years before the last Viking events. The next series will air on Netflix.

When Will The Viking Valhalla Come Out?

Vikings: Valhalla began filming in the summer of 2020 at Ashford Studios in Ireland. Although production was suspended for a few days due to positive COVID-19 tests among the cast and crew, filming quickly resumed. The series was originally scheduled to begin filming in the first half of 2020. But it was delayed due to the coronavirus pandemic. Barring a few hiccups, Vikings: Valhalla will likely hit Netflix in late 2021.