Will ‘The Bridgertons’ Have A Second Season On Netflix?

‘ The Bridgertons ‘ landed on Netflix a few days ago and has already become one of the most talked-about series on the streaming platform this Christmas. Shondaland, the producer of Shonda Rhimes, has managed to hit the spot with the adaptation of the Julia Quinn novels. Did you finish it? Have you been wanting more? The actors too.

Netflix at the moment has not commented on the future of the series, but the team is very much in the process of making a second season. Nicola Coughlan, who plays Penelope Featherington on Chris Van Dusen’s series, tells Variety: ” We all look forward to it (getting it renewed). It’s a real joy to do it and the answer has surpassed our biggest dreams. But until the gods of Netflix come and bless us, we don’t know. If you follow the books, obviously the second season will be more about the story of Anthony Bridgerton and I would love it because it would make the series so fresh with a totally different perspective. Anthony is a very different character from Daphne “.

Coughlan is referring to the second book in the collection, ‘The Viscount Who Loved Me’, which focuses on the character who is played by Jonathan Bailey in the series. In the novel, the oldest of the Bridgertons pretends to marry Edwina Sheffield, but first, he has to convince his older sister Kate. Along the way, feelings will arise that you did not expect.

ALSO READ  The Bridgertons Season 2 Have Not Been Officially Renewed By Netflix!! 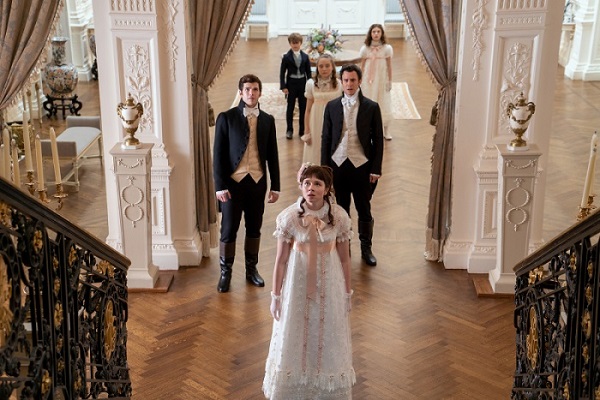 Daphne And Simon Have A Lot To Tell Yet

And what about Daphne Bridgerton and Simon Basset? His story was at the center of the first season, and Regé-Jean Page believes that his characters still have a cloth to cut (via TV Guide ): “I’m not sure I believe in paradise. I know that in the romance genre it is generally part of the agreement. is to have a happy ending. But as far as continuing to explore the characters, I think love is something that evolves. It is something alive, that breathes, that needs care and repairs when it breaks. They get married very young. They still have They have a lot to do, and I think it will always be fun to watch them do it together. ”

ALSO READ  What Is 'The Bridgertons' Season 2 Release Date On Netflix?

We will remain pending what Netflix decides, although after the millionaire agreement they signed with Shonda Rhimes it is difficult to believe that the series has to settle for just one season, also given its popularity.