Publicist Paper
Home TV Shows Netflix "13 Reasons Why": When Will Season 4 Be Released On Netflix? What...
TV ShowsNetflix

“13 Reasons Why”: When Will Season 4 Be Released On Netflix? What Is Known

When will season 4 of 13 Reasons Why be released? | ” 13 Reasons Why ” (” For thirteen reasons ” in Spanish) premiered in August its third season with a plot that very few people expected: who killed Bryce Walker? The murder of the main antagonist of the first two seasons was the central axis to keep the entire audience once again in suspense.

With the introduction of Ani to the ecosystem of the school, this new problem developed involving all the protagonists of the previous seasons, implying that this time, they were all accomplices of what would happen in the future.

And said and done, the season finale did not completely close the story of ” 13 Reasons Why .” While some people have commented that the series has become predictable, it has left an open ending to find out once and for all what will happen to the boys who are about to graduate from Liberty High School.

When Will Season 4 Of “13 Reasons Why” Be Released?

Netflix confirmed that ” 13 Reasons Why ” will have a fourth season and considering the past release dates, the new episodes would arrive around the end of 2020 since the first one arrived in March, the second one premiered in May and the third one came in August.

ALSO READ  NBC Has Finally Announced When The 3rd Season Of The Medical Drama ' New Amsterdam ' Will Be Released.

It is known that the plot will continue to focus on the Liberty school, but this time the protagonists will be about to graduate. Can they do it without guilt remembering everything that happened in the previous seasons? Or will the truth come out and everything will be more complicated? 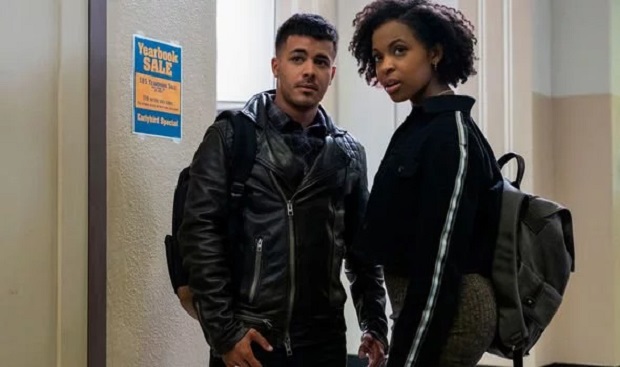 The television show was originally based on the book of the same name by Jay Asher, although it has long since outgrown the written material to give way to new problems within this teenage story.

There is still a long time to know exactly what will happen with the series ” 13 Reasons Why “. Will Bryce Walker return as a ghost-like Hannah did at the time? What other secrets will the students of the school hide?

Out of 13 episodes, the third season of ” 13 Reasons Why ” is available on Netflix from Friday, August 23.

The first two seasons of ” 13 Reasons Why ” are also available online on Netflix, with Spanish subtitles.

What Happened At The End Of Season 3 Of “13 Reasons Why”?

The new installment began with the disappearance of Bryce after a football game between Liberty High and the new school of the abuser of Hannah Baker. When the athlete’s death was confirmed, almost everyone at the school became suspicious, but first on the long list was Clay Jensen (Dylan Minnette), who was arrested and questioned by police.

After Clay is released, the clues point to Jessica Davis (Alisha Boe), Tony Padilla (Christian Navarro), Tyler Down (Devin Druid), Justin Foley (Brandon Flynn) and Zach Dempsey (Ross Butler), who, although he gave Good beating, he wasn’t the one who killed Bryce Walker.

ALSO READ  Premiere Forecast For The Second Season Of 50m2?

In ‘ Let The Dead Bury The Dead ‘, the last episode of the third season of “ 13 Reasons Why ”, Alex Standall (Miles Heizer) and Jessica find Bryce on the dock, and despite him giving her a tape with his confession and tries to apologize, ‘Jess’ does not believe his words and is willing to leave him in the middle of the river.

ALSO READ  'Helstrom', Canceled: The Last Series Of Marvel Television Will Not Have Season 2

Alex decides to help him, but once he gets to his feet, Bryce is his old self again: he threatens to destroy Zach and accuses Jessica of setting him up. And realizing that Walker is never going to change, Standall decides to break the cycle and after yelling at his face: “You hurt everyone he loved”, he pushes him into the water and lets him die.