New Amsterdam has become one of the favorite series of the public that likes the medical genre. Whether for its exciting stories, or engaging characters, the attraction – which has aired two seasons in the United States, is an undisputed success for the NBC channel.

The first season told the story of Dr. Max Goodwin as the new director of the New Amsterdam hospital, the first public hospital in the United States. The doctor, therefore, had to join forces to raise funds and deal with the pressure of scarcity of resources, while dealing with a personal problem: the diagnosis of throat cancer.

The second season, aired in the United States, showed the unfolding of these plots. Here in Brazil, only the first season was made available by Globoplay, but the unpublished episodes should be released soon. And thinking of the eager fans, who have already checked out the second season, we are here to look at the future of New Amsterdam, including the renewal, cast, and debut date for the third season. Check it out below.

Attention New Amsterdam fans, the prognosis is good and long-lasting! The NBC series is not only renewed for a third season, but it has also secured its seasons 4 and 5. Therefore, the series is guaranteed on the channel until 2023. The star, Ryan Eggold is also under a renewed contract, although it is not guaranteed for all the seasons. The prospect is that the actor is in these three seasons on order, but the negotiation of his salary should happen later.

Generally, we could guarantee that New Amsterdam would return for new episodes at the end of September this year. However, thanks to the Coronavirus pandemic, recordings will be delayed. NBC has confirmed that unpublished episodes will air in 2020, but we believe that a premiere should be confirmed only in late October or early November. As soon as an official date is confirmed, we will update this story.

ALSO READ  The Witcher Season 2 Is In Production. Here's Everything We Know About It So Far.
ALSO READ  Sanditon Season 2: Release Date, Cast, Plot And More Details 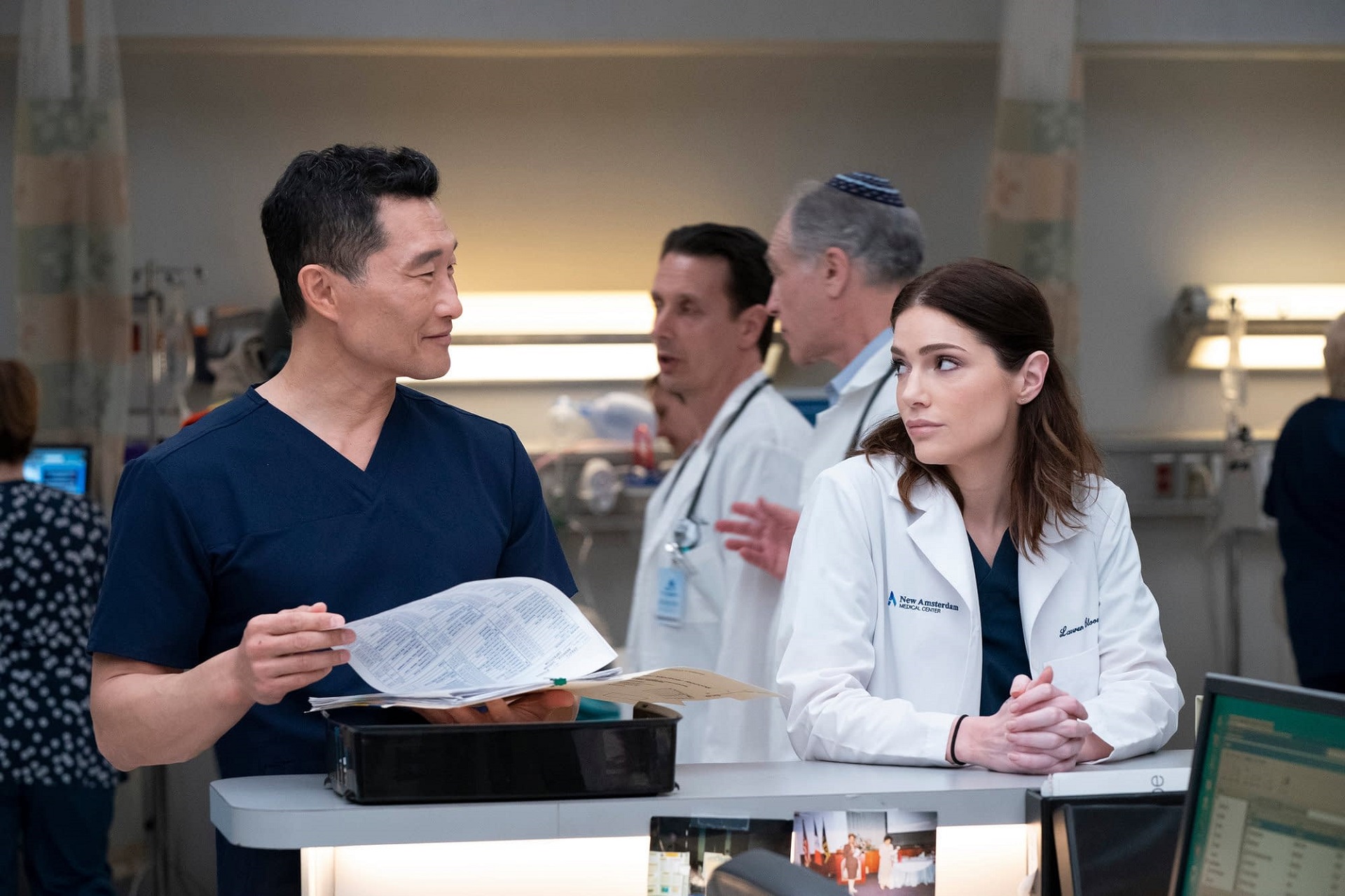 Expect to see nearly all of your favorite characters back at the New Amsterdam hospital when season three opens. With that, Ryan Eggold will undoubtedly return as Dr. Max Goodwin, the medical director of New Amsterdam. Freema Agyeman will reprise her role as Dr. Helen Sharpe, Head of the Oncology Department and a close colleague of Max.

Janet Montgomery will reappear as Emergency Chief, Dr. Lauren Bloom, while Tyler Labine will return as Head of the Department of Psychology, Dr. Ignatius “Iggy” Frome. Anupam Kher will also return to reprise Dr. Vijay Kapoor’s character. Due to the direction of his character, we shouldn’t see the return of Jocko Sims as Dr. Floyd Reynolds – although, participation is not ruled out.

The end of the second season ended up being “assembled” in a hurry, due to the break by the Coronavirus. So, we didn’t have much action – or hooks for the third season. In the episode, Max struggled to treat a patient suffering from muscular dystrophy. Dr. Vijay Kapoor suffered harassment from the wife of one of his patients, only to realize that she had a condition that triggered this behavior. Dr. Helen Sharpe faced a situation in which several people suffered from the same symptoms, but, as always, she found out. Also, Alice and Max split up because of the children.

ALSO READ  The Promised Neverland Season 2: Release Date, Cast, Plot And All Information Here
ALSO READ  NBC Has Finally Announced When The 3rd Season Of The Medical Drama ' New Amsterdam ' Will Be Released.

There was a recorded episode about a pandemic for season 2, but it ended up not airing to avoid creating panic among the public. But they assured fans that it could be released in the future. So, we can expect them to present this episode in season three. In the plot, New York City could be hit by an outbreak of a deadly contagious virus, the source of which is unknown. Worse, Dr. Kapoor may be among the victims.

Thus, we may see medical facilities suffering from a shortage of beds and medicines, leading to much chaos. And the onus can be on Max and his team to ensure that the hospital is functioning and also to find the source of the virus and contain the infection.

We do not know whether this plot will be altered, or how the Coronavirus pandemic will be framed within the New Amsterdam plot. But we can certainly expect to see more of these details in the new episodes.