With the premiere of Episode 6 yesterday, we are officially halfway through the second season of Never Land and our main characters are officially three again. Many fans don’t like the new season as it has started to drift away from the manga, but the new emotional episode promises some interesting conflicts. Here’s everything you need to know before Episode 7:

While Episode 5 was pretty action-packed, with the kids on the run, Episode 6 was all about emotional conflicts. Emma, Ray, and Norman are together again in an emotional if overly idealized, and practical reunion. But midway through the episode, it becomes clear that their friendship will never be easy again.

Instead of being eaten by demons, Norman was taken to another plantation that experimented on children. Being the genius that he is, Norman has managed to escape with other humans who, although older than him, treat him as his superior and obey his orders.

Norman discovered that demon brains degenerate if they don’t consume human flesh, and he found a way to speed up the process, end them, and make the world safe for humans again. But for Emma, this is not enough. Season 1 made it clear that she is a pacifist who will avoid loss of life at all costs.

Having lived among demons for years, Emma realized that they too have families and are not entirely evil. Although the younger children quickly trust Norman, Emma cannot forget Sonju and Mujika, who helped her survive. But when he talks about Mujika, Norman’s face twists and he calls her a “heretic,” suggesting that he knows her. But how?

Norman is no longer the innocent, fragile, smiling boy that Emma knew. This fact comes to light when his new companions are unable to reconcile his ruthless behavior with Emma’s image of him. But Emma has also changed and the conflict between them seems inevitable.

Meanwhile, Ray seems to be fully supportive of Emma, but he’s been particularly low-key this season, and we know he’s often unpredictable and does things his way, so it will be interesting to see his position in the conflict. 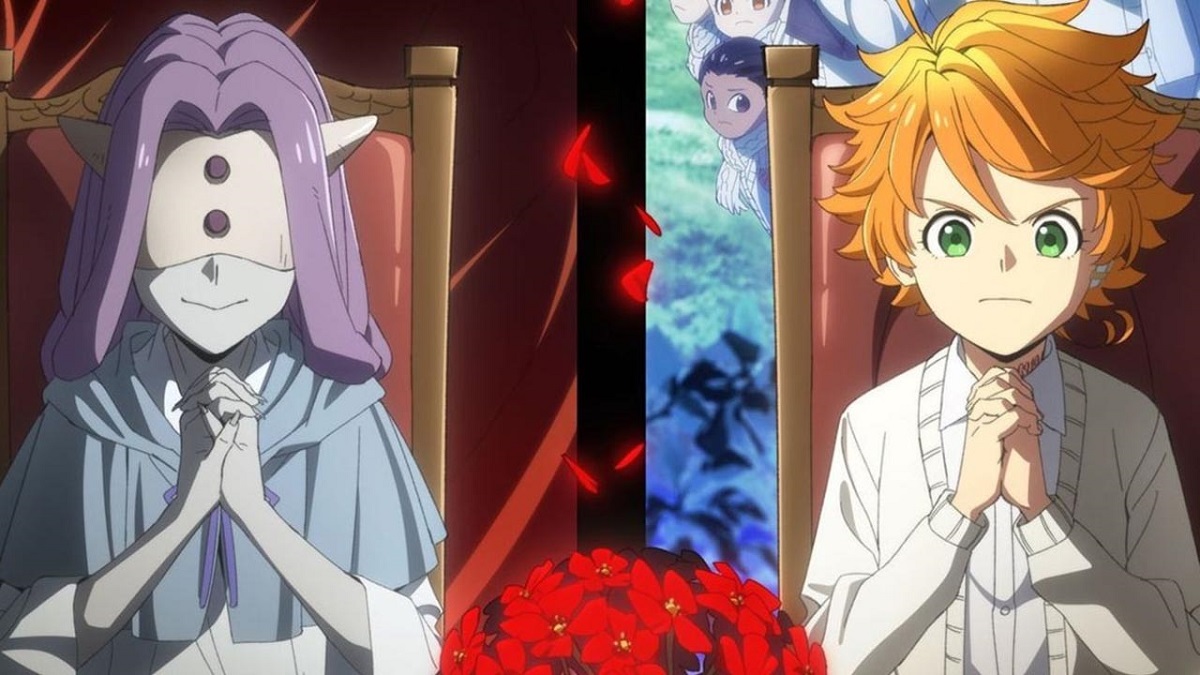 After a break between episodes 5 and 6, where a 5.5 episode recap was released. The second season of The Promised Neverland will air again each week. Episode 7 will be released next Friday, February 26 in Japan, which means that it will be available on February 25 in Europe and America due to the time difference. For those who watch Funimation for free, the episode will be available a week later, on March 4.

The Promised Neverland Season 2 Episode 7, Where To Watch

You can watch The Promised Neverland Season 2 in Japanese with English subtitles on Hulu and Funimation. Season 1 was voiced by Funimation, which is famous for its drills. Season 2 should follow in due course. Season 1 can also be seen on Crunchyroll.